*This is a VIRTUAL Event for GRASP Members ONLY. Zoom details may be found in the email announcement and this event will not be recorded.

As a leader in autonomous systems, GRASP is not new to the discussion of the ethical and social implications of weaponized robotics. In light of Ghost Robotics’ recent announcement that they are partnering in the commercial effort to put weapons payloads on their quadrupedal robot, the GRASP community has come together once again to discuss these critical issues. We listened to a wide range of views held within the GRASP community in the 2021 survey (over 130 participants). One of the most popular requests in that survey was to host a town hall, and this event was created to meet this demand. The goal of the panel is to elicit thoughts and best practices from senior roboticists who have come up against the moral and ethical issues of autonomous weapons — to help our community understand how leaders in the field have dealt with weaponized robotics throughout their careers: how to answer questions about weaponized robotics, how to choose which funding sources to seek out, and how to think about (and perhaps change) the impact of the technology they develop. We have a wide range of opinions and experiences on the panel to help reflect the wide range of views held within the GRASP community. We hope that this panel provides insights into these difficult questions and helps us build a community that has thought deeply about these issues so that we can continue discussions about the pros, cons, and other implications of weaponized robotics. 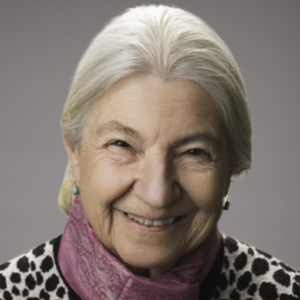 Dr. Ruzena Bajcsy:
Ruzena Bajcsy is the NEC Distinguished Professor of Electrical Engineering and Computer Sciences at the University of California, Berkeley. She was the founding director of the Center for Information Technology Research in the Interest of Society (CITRIS) in 2001, a multicampus organization comprising 4 campuses: UC Berkeley, UC Davis, UC Santa Cruz, and UC Merced. As part of her activities in CITRIS, and together with the University of California Center for the Humanities, she played a founding role in establishing a program of Digital Humanities.

Before joining UC Berkeley, she headed the Computer and Information Science and Engineering Directorate at the National Science Foundation (1999–2001).

From 1972 to 2001 she was a professor in the Computer and Information Science Department at the University of Pennsylvania, where she established in 1978 the General Robotics, Automation, Sensing, and Perception (GRASP) Lab. As director of the GRASP lab she fostered interdisciplinary research activities and attracted faculty from electrical and mechanical engineering as well as psychology/cognitive science and of course computer science.

Throughout her 28 years at UPenn she worked on robotics research, including computer vision, tactile perception, and in general the problem of system identification. She also worked on medical imaging, and developed with her students a digital anatomy atlas coupled with elastic matching algorithms that made it possible to automatically identify anatomic structures of the brain, first in X-ray tomography, later with MRI and positron image tomography. Use of this technology is now standard in medical practice.

Dr. Bajcsy is a member of the National Academy of Engineering (1997) and National Academy of Medicine (1995) as well as a fellow of the Association for Computing Machinery (ACM) and the American Association for Artificial Intelligence (AAAI). In 2001 she received the ACM/AAAI Allen Newell Award, and in November 2002 she was named one of the 50 most important women in Discover Magazine. She is the recipient of the Benjamin Franklin Medal for Computer and Cognitive Sciences (2009) and the IEEE Robotics and Automation Award (2013) for her contributions in the field of robotics and automation.

Additionally, Dr. Bajcsy brings a unique historical perspective to this conversation, as she recounted for the IEEE History Center: Ruzena Bajcsy was born in 1933 and grew up in Czechoslovakia. Because of the family’s Jewish background, all of her adult relatives were killed by the Nazis in 1944. Declared to be war orphans by the Red Cross, she and her sister remained under the organization’s care until the end of the war. Despite moving between orphanages and foster parents, Bajcsy had no trouble at school and was a good student. Determined to have a career in electrical engineering, she earned a M.S. degree and a Ph.D. degree in the subject from Slovak Technical University. 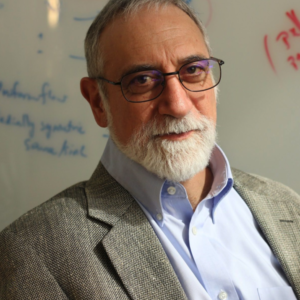 Koditschek’s research interests include robotics and, more generally, the application of dynamical systems theory to intelligent mechanisms. His more than 200 archival journal and refereed conference publications have appeared in a broad spectrum of venues ranging from the Transactions of the American Mathematical Society through The Journal of Experimental Biology, with a concentration in several of the IEEE journals and related transactions. Various aspects of this work have received mention in general scientific publications such as Scientific American and Science as well as in the popular and general lay press such as The New York Times and Discover Magazine.

Dr. Koditschek is a member of the AMS, ACM, MAA, SIAM, SICB and Sigma Xi and is a Fellow of the IEEE and the AAAS. He holds a 2016 US Vannevar Bush Faculty Fellowship awarded by the US Assistant Secretary for Defense (Research and Engineering). He was awarded the 2016 IEEE Robotics and Automation Society Pioneer Award  and the 2017 Penn Heilmeier Award for Excellence in Research. Koditschek holds secondary appointments within the School of Engineering and Applied Science in the departments of Computer and Information Science and Mechanical Engineering.

Ghost Robotics, the startup at the heart of the controversy that ignited the renewed conversation in GRASP about weaponized robots, was co-founded by 2 PhD students who were advised by Dr. Koditschek. Dr. Koditschek recently came out with a letter to Ghost’s CEO about these issues, you can view his letter here. 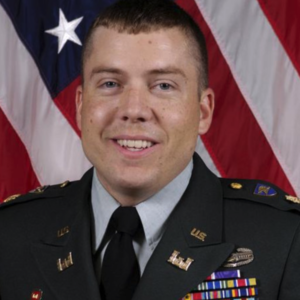 COL Christopher Korpela:
COL Christopher Korpela is an Associate Professor and Director of the Robotics Research Center at the United States Military Academy at West Point. COL Korpela has deployed twice to Iraq and once to Afghanistan serving in various command and staff positions. As a researcher, he has coordinated research projects and grants across the U.S. Department of Defense, academia, and industry in the field of robotics, autonomous systems, and artificial intelligence. He is an Apgar Award winner, West Point’s highest teaching award, and an Andrew Carnegie Fellow. COL Korpela has testified at the United Nations as part of the U.S. Delegation to the Group of Governmental Experts on Lethal Autonomous Weapons Systems in Geneva, Switzerland. He has authored and coauthored over 40 scientific and professional papers, including journal and conference papers, as well as book chapters in the field of autonomous systems and robotics. COL Korpela is a WISE (Washington Internship for Students of Engineering) Fellow and Senior Member of the Institute for Electrical and Electronics Engineers (IEEE). His first textbook titled Aerial Manipulation was released for print in September 2017.

His research in artificial intelligence and robotics focuses on the representation, learning, and use of foundational domains of knowledge, including knowledge of space, dynamical change, objects, and actions. He is currently investigating ethics as a foundational domain of knowledge for robots and other AIs that may act as members of human society.

Kuipers is also well known for his personal stance against accepting military funding for his research. As he explains in his essay, Why don’t I take military funding?, during a DARPA-funded post-doctoral year (1977-78) he discovered that the primary interest in his early work on cognitive maps came from military agencies with the goal of building intelligent cruise missiles. He felt that he did not want his life’s work to contribute to war.

He does not condemn individuals who accept, or agencies who provide, military funding. Rather, his position is a public testimony that it is possible for a computer scientist to have a successful research career without military funding. 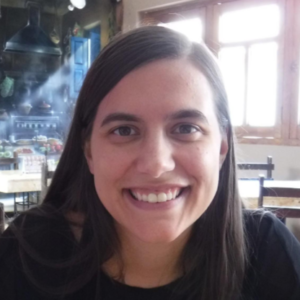 Bernadette Bucher is a PhD Student in the GRASP lab at University of Pennsylvania co-advised by Dr. Kostas Daniilidis and Dr. Nikolai Matni. During her PhD studies, she completed a M.S.E. in Robotics from University of Pennsylvania in 2020 and was awarded the Haidas and Chryssikou Fellowship for her research. Bernadette’s research interests lie in the intersection of robotics, computer vision, and machine learning. The focus of her PhD research is on improving the generalization ability of vision-based models for robotic manipulation and navigation to novel data. During her PhD, Bernadette interned with Dr. Dieter Fox in the Seattle Robotics Lab at NVIDIA Research. Prior to starting her PhD, she was a Senior Software Engineer at Lockheed Martin Corporation where she worked from 2014 to 2019. Bernadette received an M.A. in Mathematics, M.A. in Economics, and B.S. in Mathematics and Economics from The University of Alabama in 2014. In addition to holding many administrative positions at Penn, Kumar has served as the assistant director of robotics and cyber physical systems at the White House Office of Science and Technology Policy (2012 – 2013). His lab has spun off many startups in robotics, and he is the founder of Exyn Technologies. He is a Fellow of the American Society of Mechanical Engineers (ASME) and the Institute of Electrical and Electronic Engineers (IEEE). 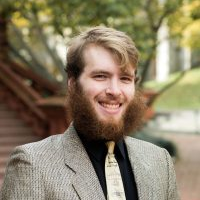 Shane is a PhD student in the Department of Mechanical Engineering and Applied Mechanics (MEAM) of the University of Pennsylvania, working with Kod*lab. He completed his undergraduate and Master’s studies at Tufts University in Medford Massachusetts in 2018. Shane’s research interests are in dynamics and controls as they apply to robotics problems such as manipulation and locomotion. Recently Shane joined the GRASP student committee on the ethical and social implications of robotics where he has been organizing events to enable GRASP students to engage in ethical issues associated with robotics.