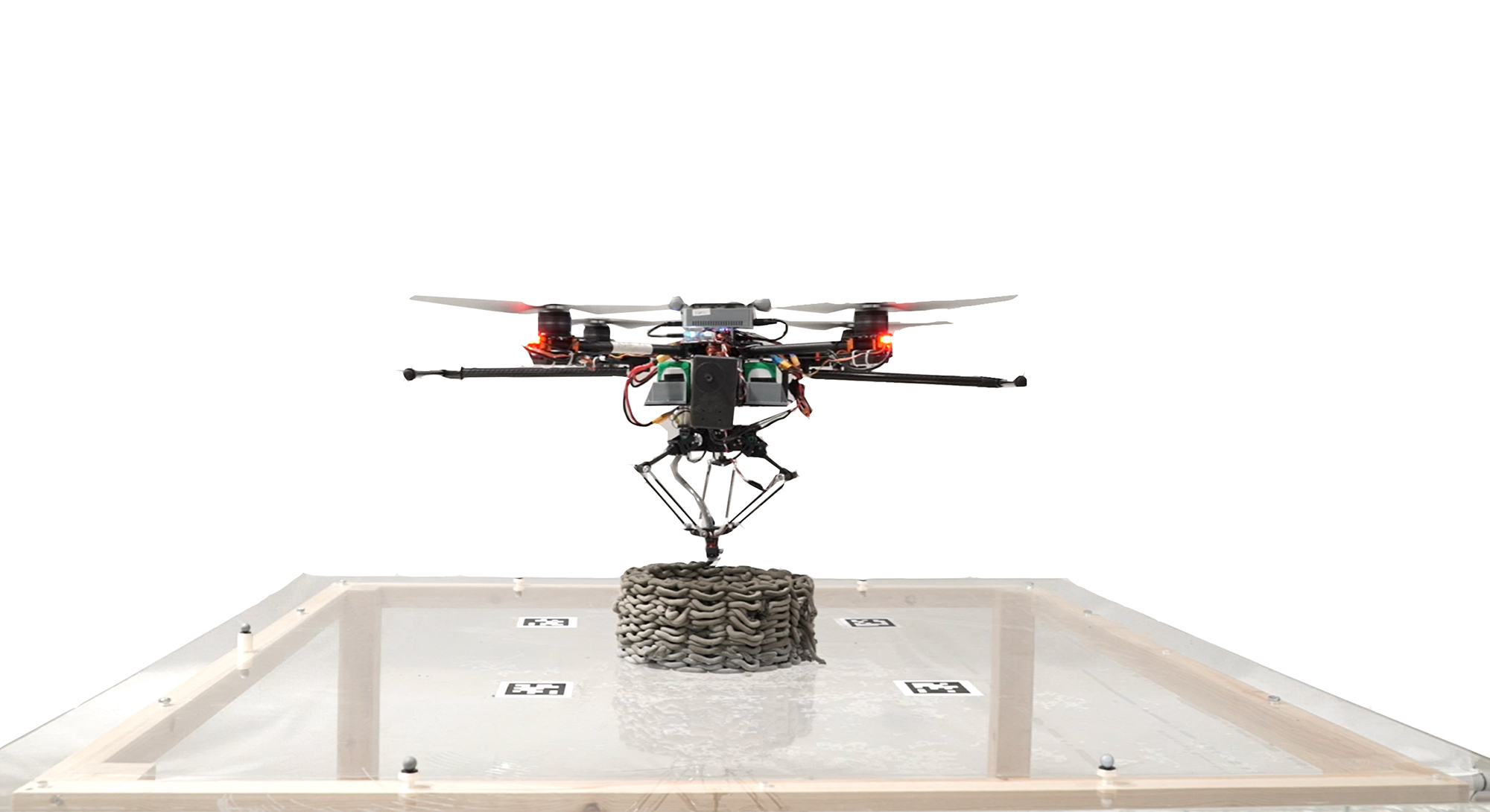 Full article may be viewed here. Credits to From Penn Engineering Today, From the Weitzman School of Design

The advent of 3D printing has changed many industries by allowing researchers, students, entrepreneurs and massive factories to rapidly transform a digital design into a tangible object. Through a collaboration with researchers at the University of Pennsylvania and the Imperial College London, Empa researchers have created a swarm of bee-inspired drones that can collectively 3D print material while in flight, allowing limitless manufacturing for building and repairing structures.

3D printing is increasingly being used within the construction industry. However, challenges to its deployment include that the machines are confined to construction capabilities based on their size and ability to be transported.

This novel approach to 3D printing addresses these challenges by using flying robots, also known as drones, and utilizes collective building methods inspired by natural cooperative builders like bees and wasps. The drone fleet, known as Aerial Additive Manufacturing, works cooperatively from a single blueprint, adapting its techniques as it goes. They are fully autonomous while flying but are monitored by a human controller who checks progress and intervenes, if necessary, based on the information provided by the drone.

The project emerged from a longstanding collaboration between the University of Pennsylvania’s Robert Stuart-Smith, an assistant professor of architecture in the Stuart Weitzman School of Design and Penn Engineering GRASP Lab Affiliate Faculty, and Mirko Kovac, a professor at Imperial College London and the Swiss Federal Laboratories of Materials Science and Technology, who had both been pursuing pilot research around the topic. The pair’s project was developed over several years by an interdisciplinary team of researchers led by Kovac together with Stuart-Smith and co-investigators Stefan Leutenegger, Vijay Pawar, Richard Ball, Chris Williams, and Paul Shephard, along with their research teams at Penn, Imperial College, University College London, University of Bath, Queen Mary University of London, and Technical University of Munich.

“It is exciting research with potential to impact the way we build in hard-to-access, dangerous, or challenging height location areas, like tall buildings and bridges,” says Stuart-Smith. “While this work is at an early proof-of-concept stage, its approach to distributed, adaptive manufacturing aligns to an exciting trend in construction and new opportunities for building design.”

The team’s work is the subject of a recent paper in Nature, “Aerial additive manufacturing with multiple autonomous robots.”

Moving forward, the researchers will work with construction companies to validate their developed solutions and provide repair and manufacturing capabilities. They believe the technology will provide significant cost savings and reduce risks compared to traditional manual methods. “At Penn,” continues Stuart-Smith, “we are currently developing building design solutions that leverage this construction approach as we continue to collaborate with our colleagues in London and Switzerland, and in dialogue with industrial partners who are interested in furthering the capabilities of this research.”

Robert Stuart-Smith is program director for the Masters of Science in Design: Robotics and Autonomous Systems degree (MSD-RAS), assistant professor of architecture in the Weitzman School of Design, and an affiliate faculty member of Penn Engineering’s GRASP Lab. He directs the Autonomous Manufacturing Lab in Penn’s Department of Architecture, and co-directs its sister lab in University College London’s Department of Computer Science.