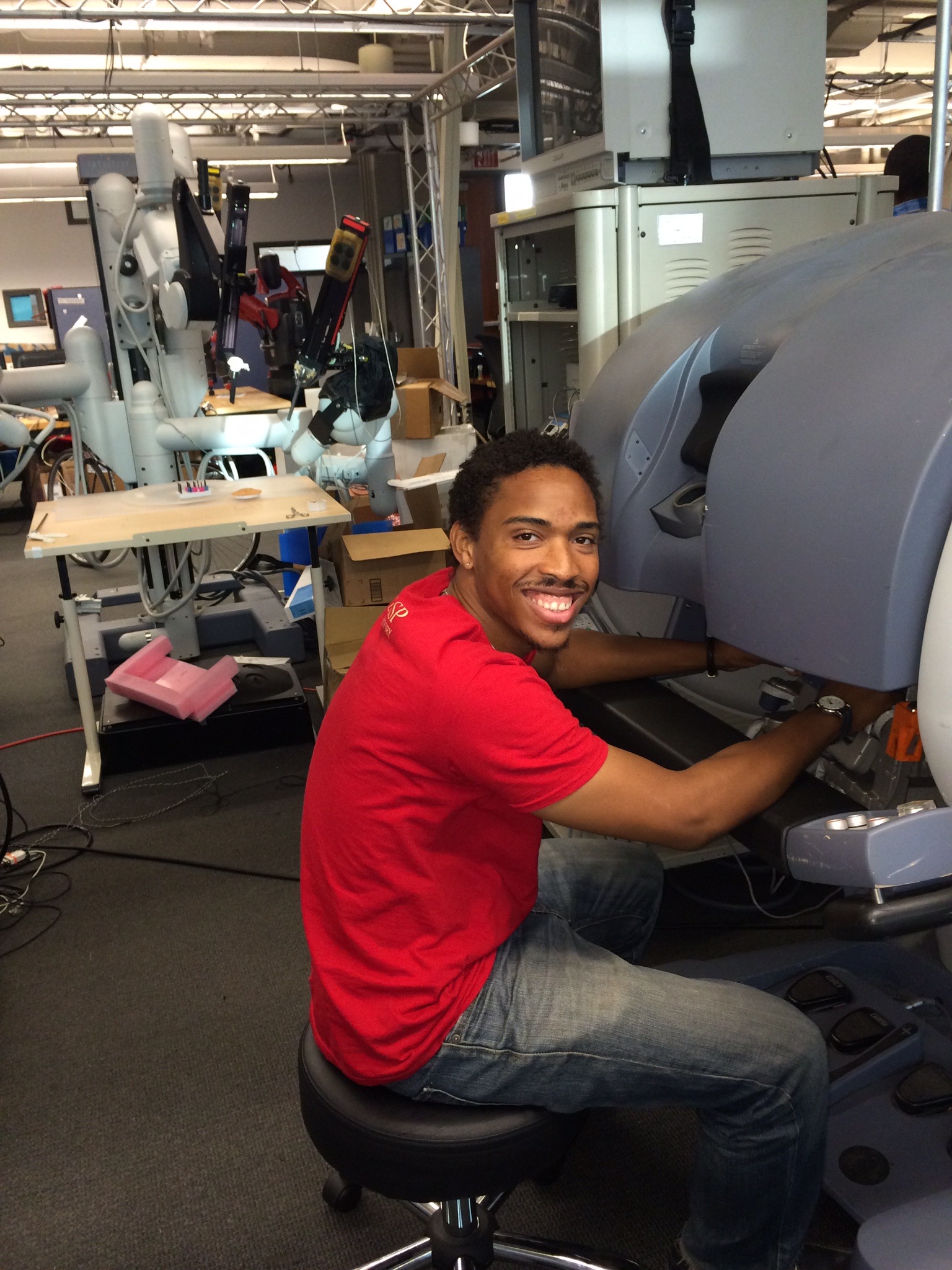 Jeremy D. Brown, the John C. Malone Assistant Professor in the Department of Mechanical Engineering, explores the interface between humans and robotics, with a specific focus on medical applications and haptic feedback.

Brown’s research sits at the intersection of engineering, biomechatronics, medicine, and psychophysics. He develops novel haptic interfaces for upper-limb prosthetics and minimally invasive surgical robotics. Applications of this research include giving amputees a sense of touch through their prostheses ,and helping surgeons use surgical robots to improve their accuracy and precision when performing delicate procedures.

Brown’s team in his Haptics and Medical Robotics (HAMR) lab uses methods from human perception, motor control, neurophysiology, and biomechanics to study the human perception of touch, especially as it relates to applications of human-robot interaction and collaboration. Elements of HAMR’s research could lead to breakthroughs in additional fields, including rehabilitation robotics.

In 2017, Brown received National Science Foundation funding for a project to develop better haptic interfaces by providing the robotic system with information regarding the physiological changes that occur in the human body when it is mechanically coupled to the robotic system. He is also the recipient of an NSF Graduate Research Fellowship, the Best Student Paper Award at the 2012 IEEE Haptics Symposium, and the Penn Postdoctoral Fellowship for Academic Diversity.