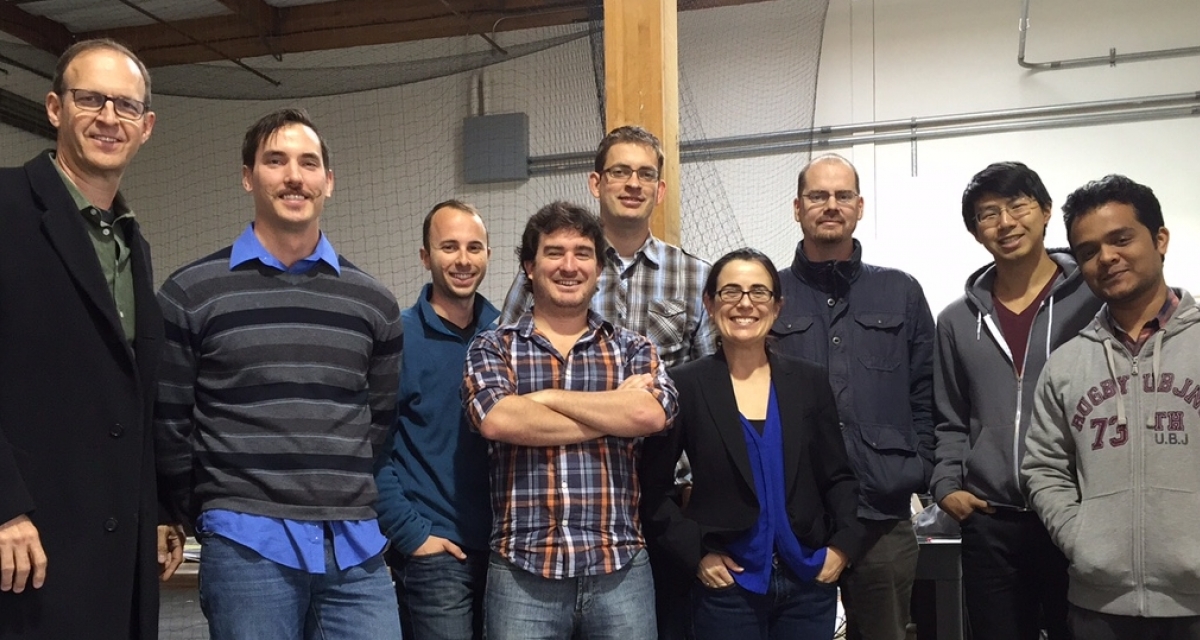 PRENAV is developing an automated system to capture data about the world’s infrastructure using small aerial robots. Navigating along pre-defined, repeatable flight paths, PRENAV’s drones take photographs from precise locations in close proximity to structures to build accurate 3D reconstructions of industrial assets. The system consists of a commercial drone, a guidance robot on the ground, and software to plan the mission and analyze the data. With an initial focus on cell towers, wind turbines, and other tall structures, PRENAV enables customers to inspect nuts, bolts, serial numbers, cabling, and damaged areas, as well as take measurements of key components. The company is based in San Carlos, CA in the heart of Silicon Valley.

[The] bay area startup, PRENAV (www.prenav.com), release[d] a Hello World video announcing its commercial drone system that is so precise it can write letters and draw shapes in the sky. The level of control displayed is not possible with GPS and has only been seen in controlled environments like research labs with expensive motion capture systems.

The Hello World video highlights the system’s precision by leveraging LED lights on the drone and turning them on/off at specific pre-mapped locations, drawing shapes and letters in the sky. A long exposure photo captures each location the drone visits, and is grouped with other photo frames to create animations and messages.

While the video shows off a playful and artistic display of aerial precision, the navigation capabilities of the PRENAV system are critical in commercial use cases like industrial inspection, where drones need to fly in close proximity to tall structures like cell towers and wind turbines. PRENAV is currently working with customers including wireless carriers, cell tower owners, service providers,and wind turbine operators.

“Dr. Andrea Thomaz and Dr. Vivian Chu of Diligent Robotics: ‘Embrace the chaos and focus on what needs your attention most'” on Thrive Global