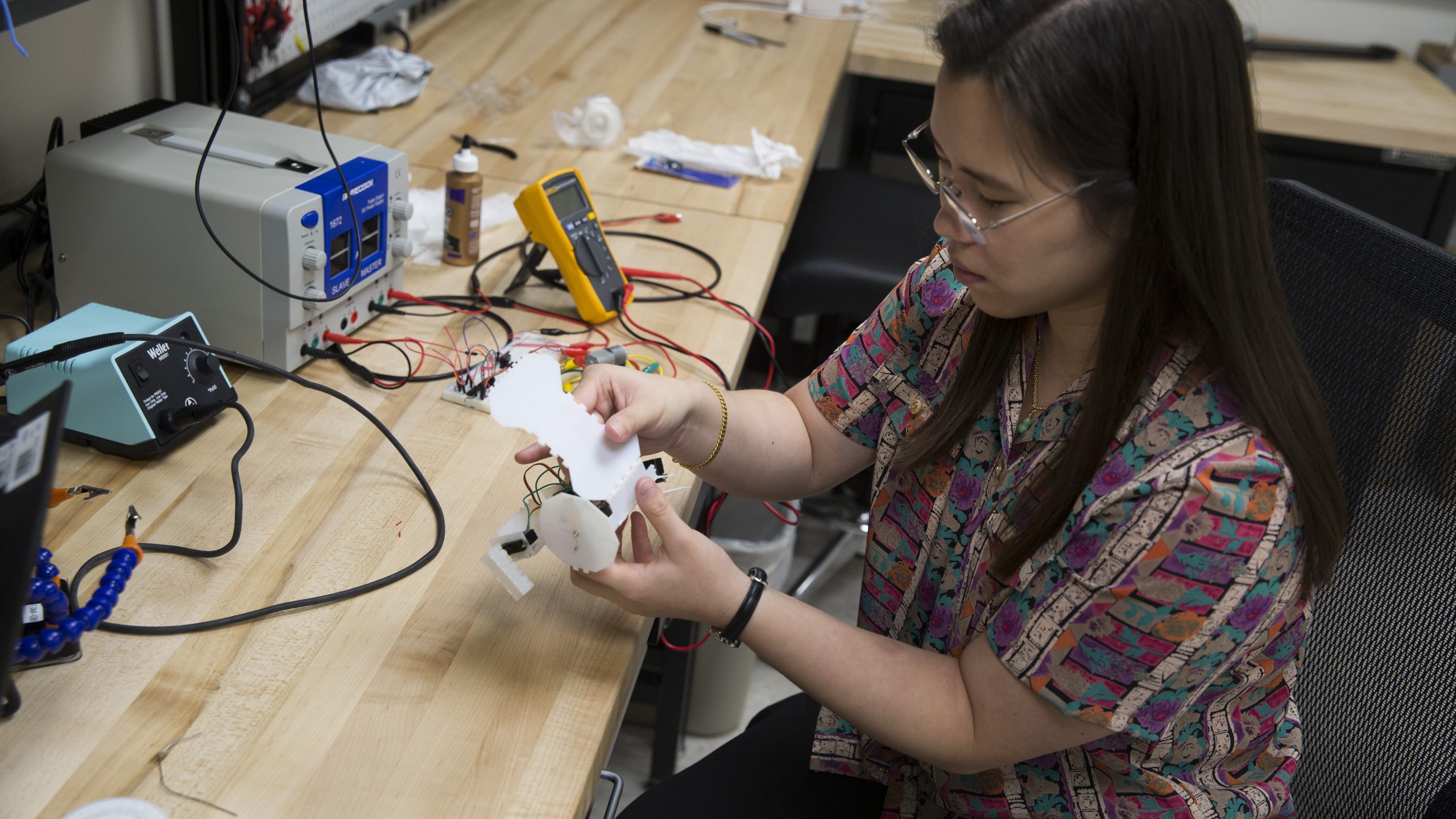 Roboticist Cynthia Sung has been doing origami since she was young. She says she was always excited by the possibility of taking something two-dimensional and folding it into a three-dimensional object that can move. Through origami, an ordinary, flat sheet of paper can become a talking frog or a crane that can flap its wings.

But Sung envisioned origami even more complex and functional than 3D shapes and moving animals. Through origami-inspired engineering, she hopes to not only create rapidly fabricable robots capable of completing tasks, but also build intuitive design software that enables others who may not be trained in engineering to create their own personalized origami robots.

Origami robots are fabricated as 2D sheets and then folded into their 3D form using a fabrication technique called 3D print and fold, which is based on the idea that one can print 2D fold patterns using a 3D printer. This provides the versatility of 3D printing with the rapid fabrication properties of 2D design.

In collaboration with researchers from the MIT Computer Science and Artificial Intelligence Laboratory and Columbia University, Sung is developing a tool for designing custom ground robots, which can walk or use wheels to move on the ground. The tool, called Interactive Robogami, is based on a database of robot parts which users can combine together like a “virtual Lego set.”

“This makes the design process much more intuitive but it also allows users some creative freedom,” Sung says.

In the system, users can click or drag parts, designed by experts, from a database. The system will then suggest possible gaits for the robot so that users don’t have to worry about the combination of the geometry of the robot and its motion. Users can also simulate the robot to make sure that it’s going to work in the way that they want it to before they fabricate it.

Once the users are happy with the design, the system will output a full fabrication plan. This will include sending a file that tells the 3D printer what to print, compiling a list of electronic parts that users will need to connect together, and creating software they can load onto a microcontroller that directs the robot.