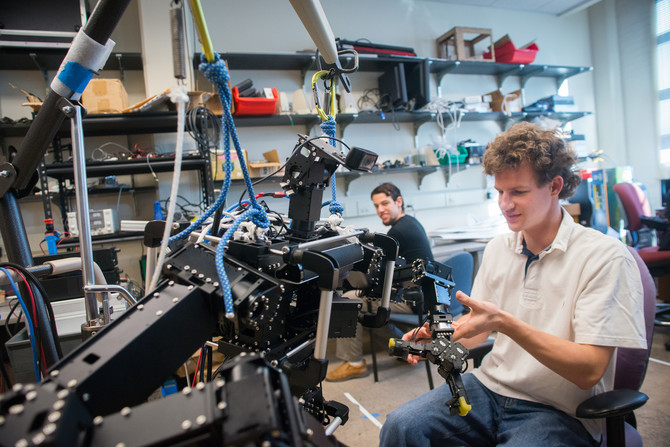 Its robot, THORwIn, a collaboration with UCLA, beat Iran’s Team Baset in a 5-4 shootout.

RoboCup’s ultimate vision is for its champion robotic players to hold their own against their flesh-and-blood counterparts. Penn’s division, the AdultSize Humanoid League, is closest yet to this lofty goal. At 4 feet tall, these robots are much more challenging to design and build than their “KidSize” counterparts; it’s a longer, heavier fall if one should tip over.

Owing to their size, weight, and expense, AdultSize league games are one-on-one. Teams take turns dribbling the ball past stationary objects and shooting against the opponent’s goalkeeper. THORwIn ultimately topped the field of six, besting teams from Japan, Iran, China, and Taiwan.