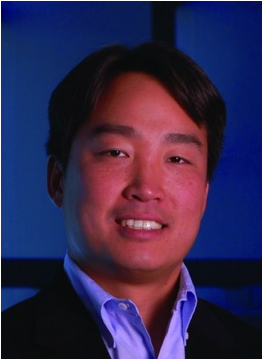 Dr. Daniel Lee was the UPS Foundation Professor in Transportation of Electrical and Systems Engineering in the School of Engineering and Applied Science and Director of the General Robotics, Automation, Sensing and Perception (GRASP) Lab. He joined the Penn faculty in 2001, after six years in the Theoretical Physics and Biological Computation departments of Bell Labs. His research focuses on improving the speed and efficiency with which computers and other artificial systems process information, in part by using biological systems as a model for intelligent robotic systems that can learn from experience.
As Director of the GRASP Lab, he leads a $13 million research center that integrates computer science, electrical engineering, and mechanical engineering to develop technological innovations. GRASP researchers have pioneered such vital areas as building autonomous vehicles and robots, developing self-configuring humanoids, and making robot swarms a reality. Dan served from 2008-2011 as Evan C Thompson Term Professor for Distinguished Teaching and in 2006 received the Lindback Award for Distinguished Teaching, Penn’s highest cross-university teaching award.
Dan is also the co-director of the CMU-Penn University Transportation Center, his group focuses on understanding general computational principles in biological systems, and on applying that knowledge to build autonomous systems. Dan is a Fellow of the Institute of Electrical and Electronics Engineers (IEEE) and in 2004 received the prestigious Presidential Early Career Award from the National Science Foundation. He earned a PhD in Physics (1995) from the Massachusetts Institute of Technology and an AB summa cum laude in Physics (1990) from Harvard University.
The UPS Foundation Chair in Transportation, one of three UPS Foundation Chairs at Penn, supports studies of transportation management as enabled by technology. The UPS Foundation was established in 1951 with a mission to help build stronger and more resilient communities around the world, focusing on: Diversity, creating opportunities for underrepresented communities; Volunteerism, promoting volunteerism and building capacity within the nonprofit sector; Community Safety, enhancing community well-being through road safety and humanitarian relief; and Environment, supporting energy conservation and reforestation.

“Battle of the bots: US blocks Iran and putters ball to glory in RoboCup finals” in The Guardian

“Penn Wharton China Center kicks off with “First 100 Days” celebrations, incorporating all 12 of Penn’s schools” in the Daily Pennsylvanian

UPennalizers to compete at RoboCup 2015 in Hefei

Dr. Daniel D. Lee named the recipient of the Faculty Award of Merit presented by Penn Alumni in the Penn Almanac

Dr. Lee and our RoboCup team featured in “One day, a robot could hoist the World Cup” in the Tampa Bay Times

Dan Lee of GRASP showed off Penn’s robot soccer team in D.C. and explained the value for students

“Funding Innovation for Cleaner Cities”…Dr. Daniel Lee and Dr. CJ Taylor join in on the discussion

The GRASP Lab team led by Professor Dan Lee was selected as one of the 12 finalists to the MAGIC 2010 Robotics competition.

Dan Lee and the UPennalizers, Penn’s Robocup team, competed and earned a close second place finish at the 2009 RoboCup US Open.

PhD, CIS (on leave of absence)