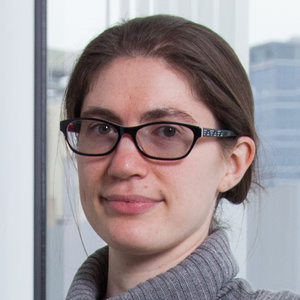 Sonia is an Electrical and Systems Engineering PhD student in Kod*lab. She is studying legged locomotion in fragile environments such as sand, rubble piles, or dense vegetation.Sonia graduated received her Bachelor’s in Cognitive Science from Vassar College in 2010, where she worked under Professor John Long in building and experimenting with biologically inspired robots to test hypotheses about biomechanics and evolutionary biology. She also worked briefly for Professor Nancy Ide on a natural language processing project.Prior to coming to UPenn, Sonia worked as a research technician on the Fly Olympiad Project at the Howard Hughes Medical Institute’s Janelia Farm Research Campus attempting to create a functional map of the Drosophila melanogaster brain.

Mechanical and virtual compliance for robot locomotion in a compliant world