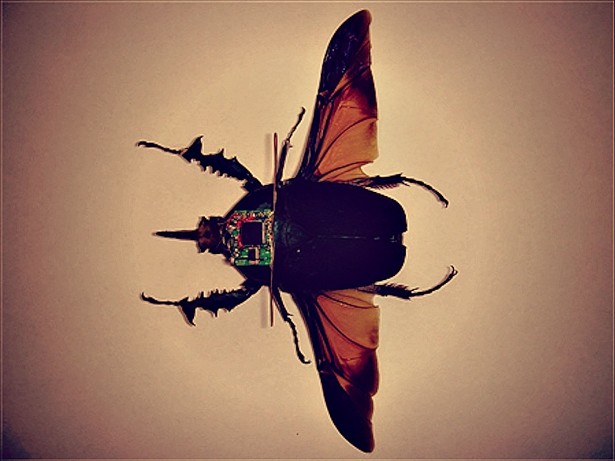 These characteristics have piqued the interest of robotics engineers such as Vijay Kumar, a professor at the University of Pennsylvania’s Department of Mechanical Engineering and Applied Mechanics. He and the researchers in General Robotics, Automation, Sensing, and Perception (GRASP) Lab are developing “swarms” of unmanned aerial vehicles (UAVs) that work in concert. These devices take hundreds of measurements each second, calculating their position in relation to each other, working cooperatively toward particular missions, and just as important, avoiding each other despite moving quickly and in tight formations. Kumar and his colleagues are using intel from Pratt’s lab, particularly around how ants communicate and cooperate without any central commander, to make swarming UAVs even more autonomous.