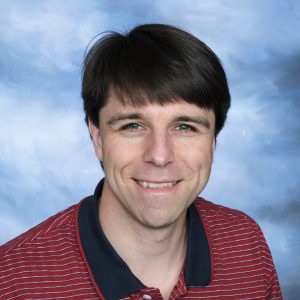 Dr. Anthony Hoogs leads Kitware’s Computer Vision group, which he founded when he joined Kitware in 2007. For more than two decades, he has supervised and performed research in various areas of computer vision including: event, activity and behavior recognition; motion pattern learning and anomaly detection; tracking; visual semantics; image segmentation; object recognition; and content-based retrieval. He has led dozens of projects, sponsored by commercial companies and government entities including DARPA, AFRL, ONR, I-ARPA and NGA, that range from basic, academic research to developing advanced prototypes and demonstrations installed at operational facilities.

Dr. Hoogs supervises the Kitware Computer Vision group and provides strategic direction in this area. He has been the overall Principal Investigator on large DARPA programs, where he was responsible for overseeing collaborations with more than 25 universities, including the University of Pennsylvania, and more tnan 10 commercial subcontractors. At GE Global Research (1998-2007), Dr. Hoogs led a team of researchers in video and imagery analysis on projects sponsored by the US Government, Lockheed Martin and NBC Universal.

Dr. Hoogs received a Ph.D. in Computer and Information Science from the University of Pennsylvania in 1998 under the supervision of Dr. Ruzena Bajczy; an M.S. from the University of Illinois at Urbana-Champaign in 1991; and a B.A. magna cum laude from Amherst College in 1989. He has published more than 80 papers in computer vision, pattern recognition, artificial intelligence and remote sensing. His academic service includes: General Co-Chair for the IEEE Conference on Computer Vision and Pattern Recognition (CVPR) 2017; General Co-Chair for the IEEE Winter conference on Applications of Computer Vision (WACV) 2016 and 2018; Area Chair for CVPR (2009, 2010, 2012, 2018, 2019); Workshops Co-Chair for CVPR (2012); Corporate Relations Chair for CVPR (2009, 2010) and the International Conference on Computer Vision (2013); program Co-Chair for WACV (2009, 2011); co-chair and organizer of multiple workshops at CVPR, ICCV and WACV; member of the Computer Vision Foundation Advisory Board and Industrial Advisory Board; member of the Steering Committee for WACV. He regularly serves on program committees for the primary computer vision and AI conferences and workshops (ICCV, CVPR, ECCV, WACV, AVSS, AAAI) and is a reviewer for premier journals in computer vision.

He has served on technical panels for NSF and DARPA, including DARPA Information Science and Technology (ISAT) panels in 2007, 2009 and 2013 and an ISAT member 2018-2020. In 2014 he served as an organizer of the National Academies National Research Council Workshop on Robust Methods for the Analysis of Images and Videos for Fisheries Stock Assessment, sponsored by NOAA, then joined the NOAA Automated Imagery Analysis Strategic Initiative Steering Committee.